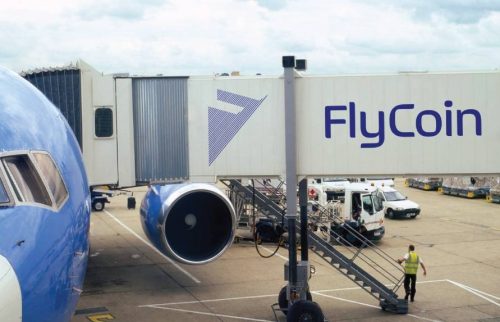 The round was led by Josh Jones, a Los Angeles-based entrepreneur and Bitcoin pioneer, best known for founding Bitcoin Builder in 2012. In addition to his role as FlyCoin’s Board Chairman and anchor investor, Mr. Jones will oversee the development of FlyCoin’s technology platform. Other investors in this Seed round include Michael Blend (CEO & Co-Founder of System1), Bill Foley (Chairman of Fidelity National Financial, Dun & Bradstreet, and Cannae Holdings), TenOneTen Ventures, 8VC, Liquid 2, and Gaingels.

“The travel and rewards industry will exceed 1.4 trillion dollars by 2023. With figures like those, it’s time to bring smarter rewards to the people who make the industry as successful as it is: the travelers. FlyCoin is the next generation of digital rewards, and the evolution of a decades-old industry; one that is past due for a digital transformation.” stated Josh Jones.

FlyCoin’s partners include Ravn Alaska and Northern Pacific Airways (“NP”). Ravn Alaska is a regional airline currently operating flights within the state of Alaska, where travelers can already start earning FLY on all paid flights with the airline.

“The rewards and benefits industry, across verticals, has remained stagnant and limited with how it has been rewarding customer loyalty, until today.” explains Lenny Moon, CEO of FlyCoin. “FlyCoin is progressing the industry forward by rewarding customers with a cryptocurrency where the issuer can not dictate the rules of expiration or intentionally depreciate its value. We are grateful for the engaged support from our investor base. We plan to aggressively build out the platform and secure additional partners to start growing the FLY ecosystem.”

“At FlyCoin, we’re transforming the loyalty and rewards space with ‘crypto-as-a-service’ and a SaaS solution for easy implementation” added Tom Hsieh, Co-Founder & President of FlyCoin.

About FlyCoin, Inc.
FlyCoin represents the evolution of loyalty programs where the Company has applied the principles of cryptocurrency and blockchain to create a new kind of loyalty program that is free from the limitations of today’s programs. Set to launch in Q3 of 2022, the release of the FlyCoin consumer-facing app and API for partnership integrations will be released.